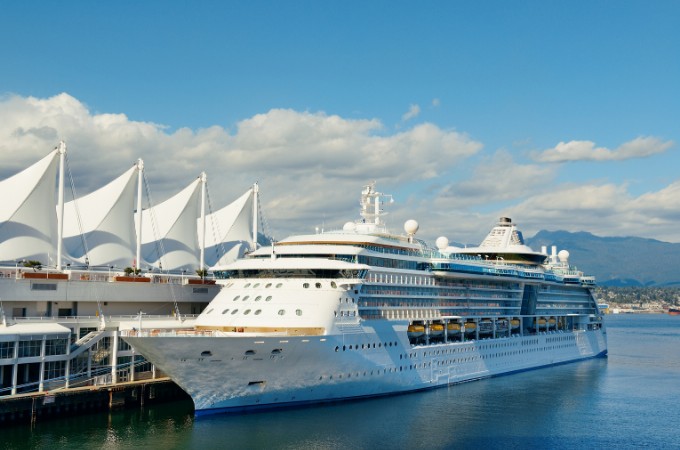 in 1906 the number of cruise liners had increased to seven.

As opposed to air travel, which is a very recent phenomenon, sea travel has been around for millennia.  However, until the 19th century it only always existed only as a means to get from point A to point B. The idea of luxury cruising for leisure as opposed to a mere means of travel, only became a reality in 1822 when the Peninsular & Oriental Steam Navigation Company first introduced the option.

By the 1830s other sea liners followed suit, offering tours to wealthy European elites. In 1844, the British Company P&O Cruises also started to offer sea tours from Southampton to destinations such as Gibraltar, Malta and Athens. However, it was only half a century later when, in 1897, that the first vessel built exclusively for luxury cruising was introduced. By 1906, the number of luxury cruise liners had increased to 7.

The market continued to grow gradually, albeit slowly until the 1960s, with the advent of commercial air travel. Travellers soon started to prefer airplanes not only as a means of travel for business but also for tourism. This development placed enormous pressure on the cruising industry and forced cruise liners to become increasingly innovative.

To boost a declining market, Cunard Lines, a company running transatlantic travel services with the ship Queen Elizabeth II, hired recognizable celebrities to perform cabaret acts aboard the ship. They advertised the cruise as a luxury vacation and entertainment experience in itself. This ship also for the first time introduced single-class cruising, with entertainment, activities and facilities available to all passengers. In this way Cunard Lines strategically catered to a niche market and inaugurated the modern era of luxury cruising.

By the 1980s, Royal Caribbean built the first megaships for the luxury market and since then cruise lines have made tremendous strides towards perfecting the art of luxury maritime cruising. Since 2001 every year has seen the introduction of at least nine (or more) new cruise ships. In roughly two decades – between 1988 and 2006 – the largest cruise ships had grown a third in their length and doubled their width.

Having now entered an era where cutting-edge innovation and technology are highly valued, cruise liners still remain vigilant when it comes to finding new ways to enhance and perfect their luxury cruise experiences.