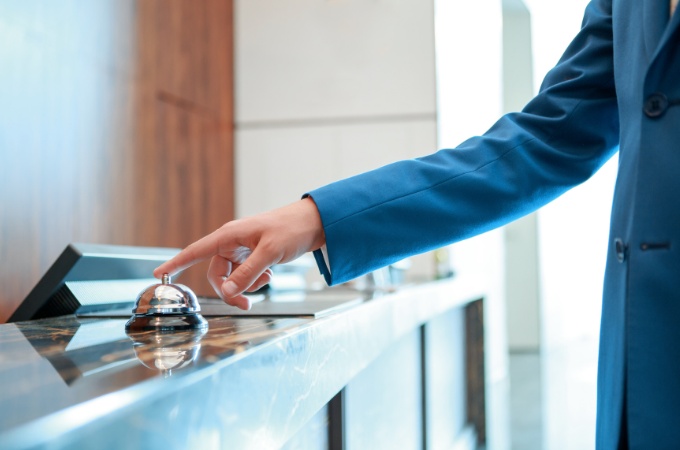 World’s most expensive hotels simply aren’t necessarily the most luxurious.

The key to and the very heart of luxury has always been exclusivity.

At or close to the top of the many “top 10 most luxurious hotels” list is the Las Vegas Palms. The hotel is famous for high-roller living and spacious rooftop suites with private 10-20 seat bars, private swimming pools and even basketball courts. It also boasts Michelin star restaurants the most expensive hotel suite in the world, with its 790 square meter Empathy suite going for $100 000 per night.

Another hotel commonly found close to or at the top of top ten lists is the Burj Al Arab in Dubai, the United Arab Emirates. Often affectionately known as the world’s only “seven star hotel”, the tallest hotel in the world is also built to resemble a ship’s tail and has its own helipad. Its 780 square meter Royal Suite is one of the most expensive hotel rooms in the world, going for around $ 25 000 per night. It comes along with a comfortable lounge, a massive private dining area and a private library.

Sadly, many articles or blog posts often confuse the most expensive with the most luxurious hotels. This of course is not to say that these pricey hotels aren’t luxurious, as they most certainly are. However, the key to and the very heart of luxury has always been exclusivity, i.e. the knowledge and the fact that very few people would be able to experience it, rather than being solely based on price. And a lack of financial means are but one of many decisive factors that limit people’s ability to experience the exclusivity of staying at world’s most luxurious hotels.

For example, compared to the Burj, another hotel in the United Arab Emirates may be far less pricey, but far more exclusive. The Qasr Al Sarab Desert Resort in Jereirah in the UAE is located in the world’s largest sand desert, surrounded by dunes as far as the eyes can see. Its deluxe garden room, for example, goes for as little as $300 per night, but this doesn’t mean that this hotel isn’t truly one of the world’s most luxurious. The hotel’s sophisticated and unique Islamic-inspired décor signifies luxury and the hotel’s rooms, suites and pool villas come with their own gardens, balconies, or terraces, the suites are exceptionally spacious, and the villas have private pools. Bathrooms are sizeable and impressive, with dual vanities and luxurious colossal soaking tubs. Without all of these features the hotel would of course not be one of the world’s most luxurious, but the essence of this hotel’s luxury status lies in the combination of all of this with the very seclusion of this desert resort, far away from the hustle and bustle of Dubai, which makes the Qasr Al Sarab the perfect combination of privacy, exclusivity, comfort, landscape and culture.

Compared to the most expensive rooms of its North American counterpart, the Las Vegas Palms, the secluded Cotton House on the private island of Mustique in the West Indies, may seem very cheap. Starting at just under $1000 per night, with average room prices under $2000, it is a far cry from the prices you’d have to pay to stay at the most luxurious suites at the Palms. Nonetheless, this enchanting 17-bedroom luxury hotel occupying the site of a former sugar mill and cotton warehouse boasts not only a library, a gym, a boutique, a luxury spa and floodlit tennis courts, but also superb private beaches, several shops, bars as well as an equestrian centre – all in one of the most beautiful locations on earth. The island of Mustique isn’t known as the royal holiday playground for nothing – as it is famed for its celebrity and royal holidaymakers, such as Princess Margaret and Prince William and Kate. Most guests can only enjoy this exclusive experience on the beautiful Caribbean island by arriving on charter flights from Barbados or St Lucia. The island is also a strict no-fly zone and has its own police force dedicated to ensuring the privacy of the guests.

Getting to one of these grand luxury hotels at such secluded locations may be the biggest challenge, but despite often being overlooked because of their comparatively low prices, it is precisely the discretion and exclusivity of stays at hotels like the Qasr Al Sarab and the Cotton Mill that make them two of the most truly luxurious hotels on the planet.