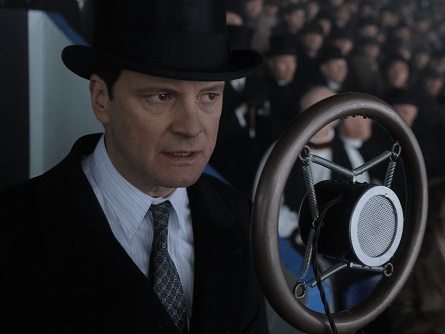 Sheryl Sandberg once told an employee that she sounded “stupid” when she said ‘um’ a lot during a presentation. The employee, Kim Scott, took this candid remark to heart and used it as the basis for a whole new company. But the catalyst for this seismic change, Scott’s use of the filler word ‘um’, is being overlooked in favour of the delivery of the critique but are filler words as bad as Sandberg suggests?

The interest in filler words goes back to Freud and his analysis of the subconscious, whilst George Mahl tied speech disfluencies to anxiety. The popular conception was that fillers, or pause fillers, can indicate nervousness and conversely that a lack of them helps us to be seen as competent or highly persuasive. Today pause fillers are even filtering into text. Jack Grieve, a UK based dialectologist looked at the incidence of tweets starting with pause fillers in the US, whilst Muffy Siegel, a linguistics professor in the US looked at why the word ‘like’ is peppered so often into speech.

A desire to fill space between comments.

To understand our increasing reliance on verbal fillers, it is useful to break down exactly what they are. Laserna, Seig and Pennebaker provide a helpful definition. Filler words in general can be classified as either filled pauses (uh, um) or discourse markers (I mean, you know, like). Filled pauses are said to indicate either speech disfluency or a covert message. In our opening example, perhaps when Scott uttered her ‘ums’ she was giving herself a bridge to her next statement, saying there’s more to come and in effect, blocking the listener from butting in. The utilisation of filled pauses is, as the name suggests, the desire to fill what would normally be natural space between comments with words through a discomfort with silence.

As for discourse markers, academics like Fox Tree call them ‘solutions to the problems of spontaneous talk’. Take ‘you know’ which they say could be an indicator of off the record information, or ‘like’ suggesting that what’s to follow only loosely represents what the speaker actually thinks. The suggestion, then, is that discourse markers like filled pauses can actually be identifiers of implicit communication, alerting the listener that there is more under the surface to be peeled away.

Personality and age play a part.

The research also found that filled pauses were not, as was previously thought, a measure of anxiety but that is not to say that they won’t be perceived by others as anxiety with many studies looking at this issue. It is useful to try to alter filled pauses to simply pauses, giving a momentary pause between points which can demonstrate greater perceived confidence, particularly when delivering presentations. As we get older, we may become naturally more skilled at doing this, more adept at utilising these pauses which may account for the decline in filled pauses later in life.

Good communicators are able to decode what is being said as well as unsaid.

As for discourse markers, as society evolves and communication changes, it would appear that are using discourse markers as a shortcut to subtlety and nuance in conversation. Whereby once meaning would be inferred through numerous words, in modern times, this is done more rapidly. To be a good communicator means being able to decode not only what is said, but that is unsaid, and that means becoming a master at your and others’ discourse markers and filled pauses, you know?

Paul Russell is co-founder and director of Luxury Academy London, www.luxuryacademy.co.uk, a multi-national private training company with offices in London, Delhi, Mumbai and Visakhapatnam. Luxury Academy London specialise in leadership, communication and business etiquette training for companies and private clients across a wide range of sectors. Prior to founding Luxury Academy London, Paul worked in senior leadership roles across Europe, United States, Middle East and Asia. A dynamic trainer and seminar leader, Paul has designed and taught courses, workshops and seminars worldwide on a wide variety of soft skills.