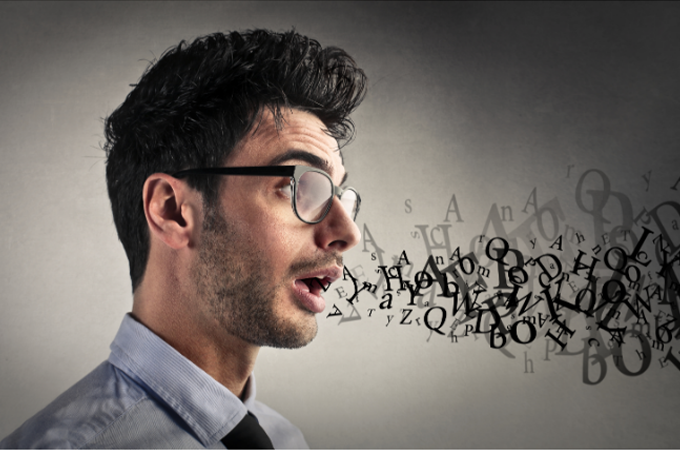 Voice is an important mediator of how we perceive people

Accent perceived as unconventional can impact the way people treat you

Voice is an important mediator of how we perceive people. The way someone talks reveals a lot about their intentions, emotions, background and identity. Research has found that the way we say something can in many cases be just as important, if not more important than the actual contents of what we say. This applies to accents just as much as to any rhetorical strategy. The way in which a person pronounces their words and constructs their sentences can significantly influence the way that person is perceived by others.

Accents can be a marker of group identity and “standard accents” are often perceived in terms of the host community’s characteristic way of speaking. The standard accent of a person from the Scottish Highlands may even be received as almost foreign in major cities in the south of England like Portsmouth or Southampton.  Different accents also conjure different perceptions about ability, personality and background. For example, people in Britain with an Upper Received Pronunciation or Heightened Received Pronunciation accent are often automatically assumed to be arrogant, standoffish and privileged in their mannerisms and approach. Such prejudices are not based in reality, however. Even regional accents also can have an influence on perceived intelligence. In a recent study in the UK, people ranked the Yorkshire accent as the most trustworthy followed by Received Pronunciation. In contrast, people tend to have negative associations with the Birmingham (or “Brummie”) accent. This may be partially related to the flat vowels that are associated with it, for example in the pronunciation of pie as “poi” and pint as “point”.

Experience and studies have shown time and again that when an accent is perceived as unconventional it can impact the way people treat you both socially and professionally. Having an accent that is different can lead to negative stereotypes or even exclusion, which, sadly, can even impact someone’s chances of gaining employment and also lead to reduced credibility in terms of the way you are perceived in the context your occupation. Studies have shown that a number of difficulties in the job market experienced by people from various cultural and regional backgrounds can be attributed to their accents. This does not only have to do with the actual sounds or sentence construction of the accent itself, but often also with perceptions about the culture and people from which a particular accent originates.

The Social Mobility and Child Poverty Commission have recently uncovered a great deal of evidence that recruiters favoured people with certain accents over others, regardless of their academic merit. One the one hand, many immigrants to the UK have reported experiencing negative treatment that they can attribute to their foreign accents. On other hand, however, some foreign accents can actually convey the idea of prestige. In the United States for example, the British Received Pronunciation can often generate the perception of prestige and a well-rounded education.

These culturally and historically shaped language attitudes mean that for some, an accent can become a source of cultural pride, while for others, it can sadly be a (secret) source of shame. Certain accents may be almost instinctively perceived better or worse than others in some contexts, and prejudices must certainly be addressed in order to cultivate greater respect for differing cultural and linguistic backgrounds. Nonetheless, if you do happen to find yourself in a context where you are the person with an “unconventional accent” you generally have two options in terms of addressing the challenges you may face. After all, the common saying that you have to “dress for success” applies to the way we speak as well. The first option of course, is to “improve” or change your accent. Accent or dialect coaches often make a living teaching people how to improve their accents. Some workplaces may even offer accent training to their staff. Even a quick google search will bring up a whole host of articles and videos aimed at teaching you how to improve your accent. This strategy has worked quite well for a number of successful people in the past. The former UK prime minister Margaret Thatcher famously swapped her Lincolnshire accent for a posher one, adopting what was at the time considered to be the standard pronunciation, one thought to be more appropriate for a person in a position of political power.

While this may seem like the obvious route to follow, one of the problems with this is that it can – unintentionally – serve to underpin unfounded biases that shouldn’t be necessarily reinforced. Furthermore, some studies have shown that this strategy does not necessarily work for everyone.

There is be another, albeit seemingly more unconventional option: learning how to actually make your accent work for you. One must never forget that, strictly speaking, we all have accents. There is always some part of the world or some context where each one of us would be the one with the “unconventional” speech. What is standard for the one may not be so for the other. Studies have shown that what is often officially considered to be “standard pronunciation” in Britain, actually represents the conversational English of only 3% of the British population. The alternative therefore is to embrace your accent. It is vital to remember that the way our accent is received is not only dependent on only the characteristics thereof, but in particular the confidence (or lack thereof) in which we convey those characteristics. Behind every accent there is so much history, culture and personality. Use your accent as a conversation starter when building connections and friendships. Different accents are often accompanied with different cultural experiences, so why not embrace the exotic and interesting aspects of your accent and identity?

Embracing and actually wearing your accent as a badge of honour just might end up taking you to places in life and your career that you would never have dreamt of going otherwise.