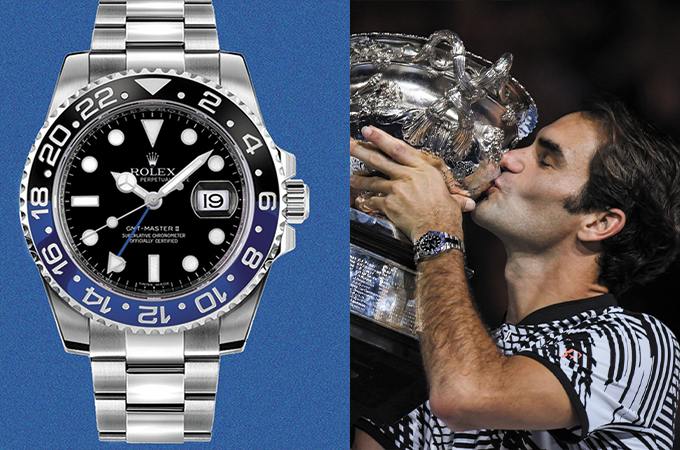 Federer has managed to become not only the wealthiest person associated with the sport, but also its most valuable asset.

Classic, penetrating groundstrokes, incredible anticipation, exquisite footwork and a killer serve: these are undoubtedly what the name Roger Federer is most clearly and closely associated with. But the 20-time grand slam champion has, along with all the fame and fortune that inevitably accompanies such unprecedented success on the tennis court, also evolved into a world-renowned icon of luxury. Despite winning around $ 140 million in on-court prize money throughout his illustrious career on-court, Federer’s greatest source of income is actually his associations and partnerships with luxury brands such as Rolex and Mercedes-Benz. In fact, it is estimated that by virtue of these (and other) endorsement deals Federer even managed to join the billionaire club last year.

As one of Rolex’s best-known ambassadors, you won’t ever see Federer lifting a trophy without one of those luxury watches on his wrist, each of which is hand-picked to match the particular tournament.

Federer’s lucrative endorsement deal with Mercedes-Benz not only ensures the Swiss superstar an annual income of $ 5 million, but also grants him the luxury of getting his hands on the newest models even before they reach the mass market. Much has been written in past years over the Swiss superstar’s now well-known appreciation for luxury cars.

But luxury cars also need storage space and what better place to park them than the underground car park of his three-story mansion on the banks of Lake Zurich. The $ 8.1 million property with its ceiling windows, glass dome and huge balconies overlooking Lake Zurich was where Federer and his family had the luxury of quarantining during the Covid-19 pandemic. And there certainly aren’t many people who can boast owning a glass mansion on lake Zurich.

He also owns a $23 million penthouse in Dubai, where Federer generally spends most of his winter months. The penthouse is located in what is known as Dubai’s “most exclusive tower”, Le Reve – a luxury address in the Dubai Marina area. The Federer penthouse boasts five bedrooms – each with its own en-suite bathroom. The property also has an 81-metre terrace with captivating – and exclusive – views of the Dubai Marina.

And while debate about whether Federer, Nadal or Djokovic is the greatest tennis player of all time will certainly continue to persist, there can be absolutely no doubt that Roger Federer is the most recognizable icon – in terms of mainstream visibility – that the sport has ever produced. And it is by virtue of his strong association with luxury brands and a lifestyle of luxury that he has also managed to become not only the wealthiest person associated with the sport, but also its most valuable asset.