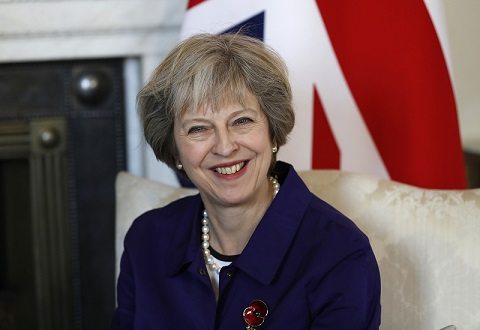 It can’t be easy to be Theresa May. The comparisons to Thatcher, the near obsession with her shoe collection rather than her policies and the famous “bloody difficult” aspersions to name but three. But what about leadership and soft skills? May has steadfastly directed herself away from a gregarious style of leadership, some might say to distance herself from the profusion of affable males at Westminster emanating their soft skills from every pore. Yet in doing so, May is labelled as dull, boring and lacking in essential personality. In fact, May has been disparaging of the term soft skills, preferring to label them management skills. Are soft skills just management skills? And should you have to cast soft skills aside to be taken seriously?

That May has a strong work ethic is without doubt, reportedly often working to 1am, May states that her position as Prime Minister, a post that she has held for under 6 months, and that of Home Secretary before is more a way of life than a job. And it is a position that May takes very seriously. In her speech of July 13th 2016 as she was appointed PM, May was measured and direct with a personal appeal: “I know you’re working around the clock, I know you’re doing your best, and I know that sometimes life can be a struggle. The government I lead will be driven not by the interests of the privileged few, but by yours.”

For May, her priority comes not in what she says, or in constructing an inviting image but in her actions, saying in a 2012 interview with Total Politics: “I suppose I’m not naturally over-effusive in wanting to go out there and tell everybody my story. Showing that you can do something, that you’re in the job and doing it, is more important than the back-story.” It appears that May has a disregard for the ‘game’, preferring the dispassionate approach that takes individuality out of the equation and focuses on results. May’s focus on work and avoidance of frippery is so absolute that when May does veer into the territory of humour, it is met with outright shock such as in her recent birthday wish to colleague Peter Bone at Westminster, deemed by colleagues worthy of a Carry On film!

But it is May’s comments about soft skills also contained within the same Total Politics article that are truly telling. On 4th November 2011, the then Home Secretary delivered a speech on women and the economy: “Too many young women still don’t have the confidence to aspire to ever get a job… Too many women who leave work when they start a family don’t have the confidence to go back… This means that too many women do not fulfil their true potential… We need to give women the skills to succeed.” When asked about her focus on soft skills by Total Politics, May said: “And it’s not just about soft skills, which are often what’s talked about in relation to women. There are things within a workplace that a woman will often do instinctively more than a man: more team-working, more delegation. These are things that can strengthen a company. I wouldn’t say they are soft skills. They’re management skills.”

Some might say that it is May’s perception, even misconception, that soft skills are in some way women focused which makes her wary to use them for fear of being labelled as utilising her feminine wiles, or in any way ‘soft’. Of course, soft skills such as leadership, communication and relationship proficiencies, negotiation and conflict resolution are as applicable to men as to women. And whilst some soft skills may be utilised in management, they are not purely management skills. There is nothing to fear in soft skills, it is perfectly possible to be simultaneously clever, focused and in possession of soft skills- whether as a man or a woman. We have already seen that May is able to adapt well, from the cautious ‘remainer’ (with Euro skepticism) to the chief Brexiteer, May is cautious, careful and considered, not bad qualities for a politician by any means. Perhaps though, as May settles into her new role a little more firmly, we will begin to see more of that personality and, dare we say, soft skills emerge.