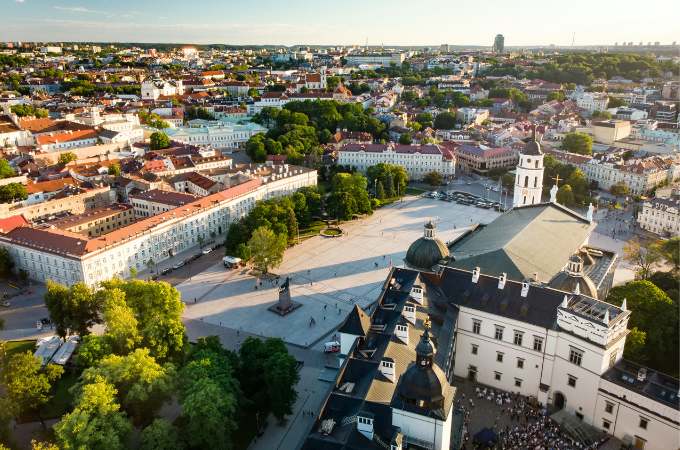 This dynamic yet tranquil little city has an immensely rich history.

The tremendous historical Jewish presence and influence in the city has also earned it the name “Jerusalem of the North”.

Vilnius, the beautiful capital of Lithuania, is one of those hidden gems that, sadly, perhaps even most people won’t be able to point out on a world map. However, this dynamic yet tranquil little city has an immensely rich history. During the 15th century there was actually a time when Vilnius was the capital of the largest European state at the time – the Grand Duchy of Lithuania. The tremendous historical Jewish presence and influence in the city has also earned it the name “Jerusalem of the North”.

Today Vilnius is home to over half a million people and an international hub of scientific research and information technology.

Vilnius, however, is also famously the destination of one of the world’s greatest luxury accommodation and fine dining establishments, the Imperial Hotel and Restaurant. The restaurant, which offers a wide array of both Lithuanian and international dishes, was declared the 2019 World Luxury Awards winner in Fine Dining Cuisine category in the Eastern Europe region.

Set in a 16th century building which was completely renovated in 2005, and features rooms with Old Town and courtyard views, the hotel’s exclusivity is amplified by the number of prominent or famous guests who often stay there. This includes, among others, the likes of Sting, Enrique Iglesias, David Guetta, Vladimir Spivakov and Sergey Lavrov.

This luxury establishment offers guests a unique and exclusive blend of comfort, style and design and is certainly one of those classic examples of the fact that exclusivity rather than expensiveness is the cornerstone of luxury – with rooms in the hotel going for as little as £40 a night. At the end of the day, however, it is not the priciness, but rather the pricelessness of what the fabulous city Vilnius itself along with its exclusive Imperial Hotel and Restaurant has to offer, that makes a stay at this fine establishment such a truly luxurious accommodation and dining experience.