Half Day Programme. Suitable for up to 12 staff members 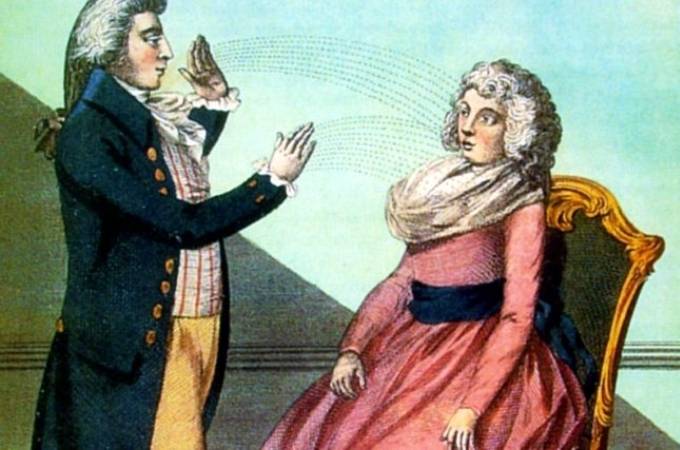 The Power of a Story

In the late 1700’s, a German astrologist and physician named Franz Anton Mesmer would treat his patients by looking deeply into their eyes whilst slowly moving magnets on a string in front of their faces.

Mesmer believed that there were barriers througout our bodies which disrupted the ebb and flow of that which keeps us healthy. He believed his strong penetrating gaze deep into their eyes, along with his waving magnet restored the body to health and cured all kinds of illnesses.

Stories abound about how he is reported to have cured headaches, swooning, blindness, paralysis, and a long list of major illnesses.

A Story Can Mesmerise

He became quite famous and at one point went on a tour of Europe to demonstrate the power of his medical advances.

It was said that as he worked with his patients, he would gain complete control not just of their actions, but of their thoughts, their perceptions of reality and their feelings.

When he did this, the patients were said to be…Mesmerised!

You’re going to remember the origin of the word mesmerised because you learnt about it in a story.

In fact you’re probably going to repeat it and tell other people. Not only that, as the story was being told, you related some of it to being hypnotised. So you connected with the story.

Now you know that the word mesmerised is named after Franz Mesmer whose medical practises in the 1700’s became the foundation for modern hypnotism.

The best luxury salespeople use the power of storytelling to mesmerise, connect and relate to their clients.